Honor the Earth is a non-profit organization headquartered in Northern Minnesota established by Winona LaDuke, Amy Ray and Emily Sailers. LaDuke is renowned for her work as an activist for Native American land rights, environmental issues and sustainability, and Ray and Sailers, are the musicians behind the folk-rock duo, the Indigo Girls. Since its formation in 1993, Honor the Earth has been heavily involved in advocating for a more sustainable and just society that is in harmony with the natural environment, as is recognized in Indigenous wisdom. Honor the Earth’s mission, essentially, is to advocate and urge American society towards an “Indigenous Green New Deal,” in which the economy is transitioned from its current destructive, extractive form to an economy which recognizes all of humanity’s collective dependence on the earth.

Honor the Earth’s framework for a just transition to sustainable and equitable society involves several areas of focus, including respecting Indigenous knowledge, producing less waste, creating nation-wide electrified rail infrastructure, supporting local, sustainable food systems, reallocating wasteful military spending towards addressing the climate crisis, divesting from fossil fuels and transitioning our energy systems from a reliance on fossil fuels to renewable energy sources, that also create employment opportunities. Locally, Honor the Earth has been on the frontlines of opposing expansion of the fossil fuel industry in Northern Minnesota, such as opposing Enbridge’s project proposal to rebuild line 3. As Honor the Earth is fundamentally opposed to expanding the fossil fuel industry, which has contributed enormously to the current climate crisis, stopping Enbridge line 3 is currently one of Honor the Earth’s most pressing projects.

Image used with permission from Honor the Earth

Learn more and get involved with Honor the Earth. 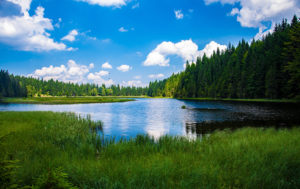 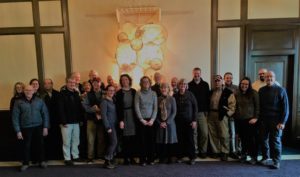 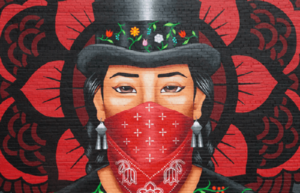 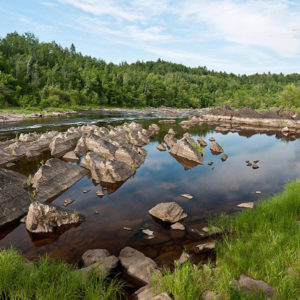 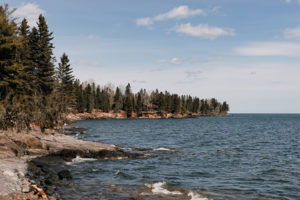